The EURORDIS Photo Award is an opportunity to visually express what it means to live with a rare disease and to share your story with the rare disease community and beyond.

The contest is open to all nationalities, ages and diseases. This year, more than 400 people from all around the world submitted a photo, each reflecting the drive of people living with a rare disease. From all the submissions, the award-winning photographer Marcus Bleasdale has selected the seven finalists below.

Voting will close and the winner will be announced on the night of the EURORDIS Black Pearl Awards, on 18th February. The three finalists with the most votes will each receive a Prize. 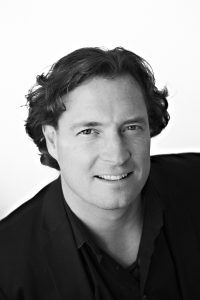 Marcus Bleasdale is a talented documentary photographer and photojournalist who has been dedicated to advocacy and human rights for over fifteen years. His work on human rights and conflict during his role as a photographer for National Geographic Magazine has helped to educate and advise corporations and policy makers around the world. Marcus has also partnered with various international advocacy groups, including the Human Rights Watch.

In 2002, his first book “One Hundred Years of Darkness” was published, soon followed by “The Rape of a Nation” (2009) and “The Unravelling” (2015). Appearing in the New Yorker, The New York Times, The Sunday Times Magazine and TIME Magazine to name a few, he has been the recipient of numerous prestigious awards including the UNICEF Photographer of the Year Award (2004), the Anthropographia Award for Photography and Human Rights (2010) and the Amnesty International Award (2015).